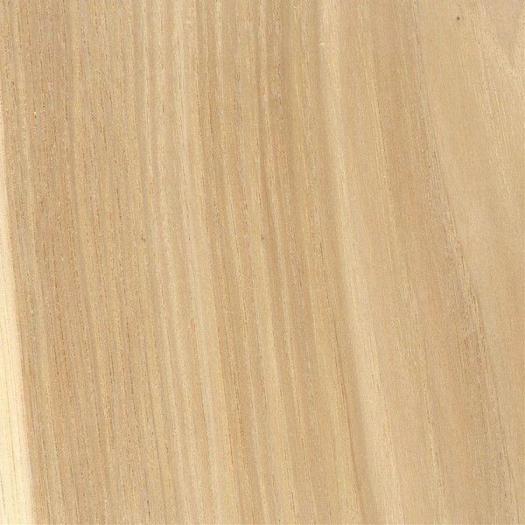 There are 16 species of Hickory growing in eastern North America and four of them can be found growing in Canada, just north of Lakes Erie and Ontario. The hardwood industry makes no attempt to separate the various species of hickory when manufacturing lumber, So, in this article, we will consider them as one. Shagbark hickory (Carya ovata) is the most common specie available.

Hickory is considered the hardest of the commercially available hardwoods in North America. There may be a wood that is stronger or one that is denser, but none have hickory’s unique combination of strength, density, stiffness and toughness. It grows throughout eastern North America and some can reach heights of 100-140′ with diameters approaching 4′.

Historically, hickory’s unique properties were quickly realised beyond its excellence as a firewood. It was utilised in many objects that required a strong wood. Handles for tools such as hammers, sledges, axes, and picks used hickory. It can be found in drumsticks, ladder rungs and all types of applications using dowels. In the world of sports, it has been found in hockey sticks, tennis rackets, golf clubs, and gymnasium bars.

Hickory is a straight-grained medium to coarse textured hardwood. The sapwood is a pale white, varying from 1″ to 3″ in thickness. The heartwood varies from a pale brown to a reddish brown. The colouring of the heart can be consistent or variegated. Bird-peck and bark inclusions are common and give hickory a rustic look. The sapwood is prone to oxidation changing its colour to a pale grey. Blue staining is also common, and overall, hickory is not considered a durable specie in exterior applications.

You’ll find that Hickory is commonly used in the manufacture of kitchen cabinets. It can be sorted for colour taking advantage of the contrasting colouration of the heartwood and sapwood. For those who desire a more rustic kitchen, hickory that contains the previously mentioned bird-pecks and bark inclusions can be used. It also makes a very handsome flooring and is commonly sliced into a decorative veneer.

A unique application of this wood is its use in the ‘Old Hickory Furniture’ style found in Indiana. This style uses a combination of  hickory rounds with the bark still on, or hickory saplings in combination with seats made of woven hickory wood or bark. Popular around the turn of the century this furniture is being revived again.

Working hickory can present challenges. Hand tools should be sharp and power tools should be carbide tipped. Woodworkers should choose cutting rates that prevent burning. Slower speeds may be necessary, especially when drilling. Figured woods can chip when being machined so taking light passes is helpful. Pre-drilling for screws is required to avoid splitting the wood. It glues well – just be careful with clamp pressure to avoid a glue starved joint.

Hickory stains and finishes well. A related specie, pecan (Carya illinoinensis), is often found when purchasing hickory; in fact, grading rules allow it. When gluing up and staining large panels, it is helpful to sort out the pecan. There is enough of a colour difference between hickory and pecan to make uniform staining a problem. Hickory grading rules are also different. Expect narrower boards in the higher grade and the inclusion of small bird-pecks.

Overall, hickory is a plentiful and inexpensive native hardwood. Looking beyond its obvious applications, there is a rustic beauty to hickory ready to be used for your next project.