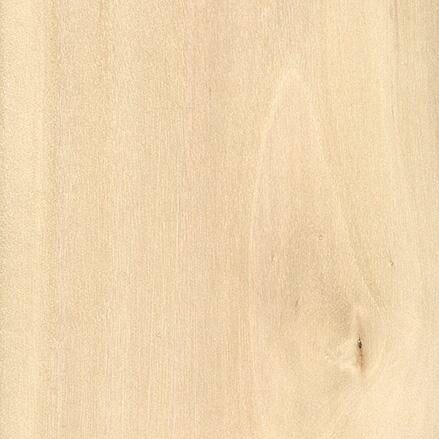 The Hornbeams are a group of 30-40 species of hardwood trees growing in the temperate regions of the northern hemisphere. Most species reside in Asia, with China having the largest aggregation. If you have worked with Hornbeam it was probably European Hornbeam (Carpinus betulus) or the North American version (Carpinus caroliniana).

The North American Hornbeam grows in the eastern portion of the continent and is typically 30 – 40 feet tall with a trunk diameter of 1.5 to 2 feet when mature. The European Hornbeam is a larger tree growing up to 65 feet with a trunk diameter up to 3 feet. Other than that, the two species share similar characteristics. They are almost all sapwood that is a pure white colour which some say resembles pearl. The heartwood is slightly darker and is not distinct from the sapwood.

The grain is straight to slightly irregular. The wood possesses a very fine, even texture which makes it a good candidate for turning. The trunks of the trees can be fluted. This produces growth rings which are faceted not circular, like most trees. Trees with dense tissue can be difficult to dry. Care should be taken when drying Hornbeam to prevent surface checking and other drying defects.

Hornbeam is a very dense and extremely hard wood, often referred to as an ironwood. It’s rarely used in carpentry and furniture making due to the difficulty in working it. Consequently it is used where strength, durability and resistance to wear is required. In addition to its uses in turnery (chess pieces, etc.), Hornbeam is used in cutting boards, tools, soles for wooden planes, veneer and parquet flooring. It is also used in gearing for simple machines such as primitive windmills as well as wooden screws and wedges. Hornbeam is also used in piano actions.

Working with Hornbeam will require sharp tools and copious amounts of elbow grease. It glues well and will receive stains and other finishes with aplomb. Left unfinished, it can be polished to a high luster leading to comparisons with objects made of ivory. It is not particularly rot resistant, so it is mostly used for interior projects. Hornbeam is also an excellent candidate for steam building.

Hornbeam is a true specialty wood. It excels in very particular and specific projects and would be unwieldy for most others. So if you like building your own tools or wooden machines Hornbeam should serve you very well.