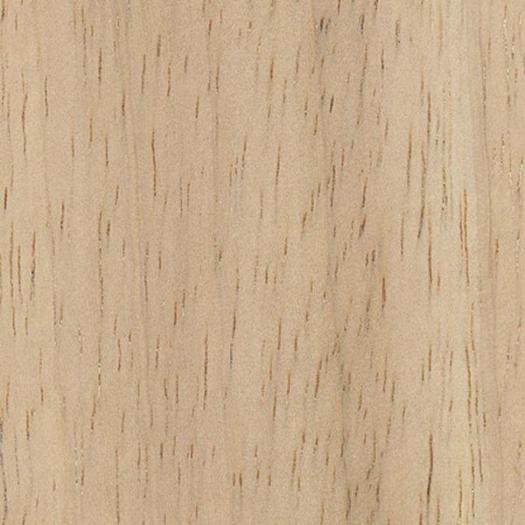 Chances are as a woodworker, you’ve never worked with Rubberwood, the wood from the Rubber tree. But I guarantee you have seen it and may even own some product made with it. It is one of the most commonly used commercial woods especially in the wooden items seen in most retail and big box stores. Cabinetry, furniture, trays, stair treads, carvings, turnings and even sheets of MDF are some of the more familiar end uses of this ubiquitous wood.

The story of Rubberwood is one of ingenuity and engineering. The tree is a native of the Amazon basin and was originally utilized for the production of rubber. The tree exudes a milky latex when cut and this liquid is vulcanized into rubber. This became an extremely profitable business and rubber tree plantations multiplied around the tropical regions of the world. Today, most of the plantations (over 9 million acres) are located in South East Asia. 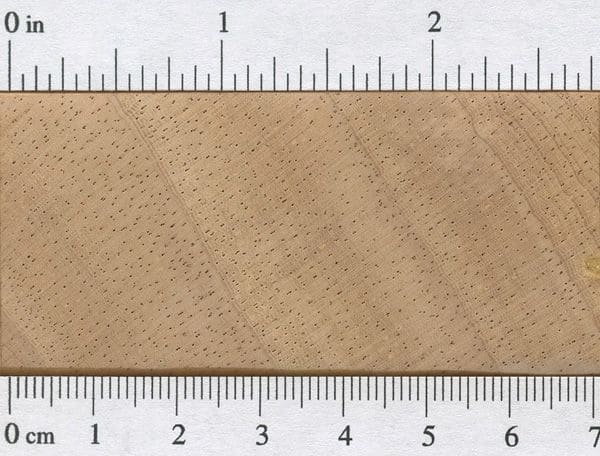 Latex production declines after 30 years and these nonproductive trees were usually cut down and burnt. Further use of the trees was limited by their low durability. The trees would start to degrade immediately after they were felled, quickly succumbing to blue stain, etc. Lumber production was difficult. Things changed in the 1980s when pressurized preservation techniques followed quickly by kiln drying allowed the production of lumber with little degrade. Commercial use of this now plentiful resource exploded.

Rubbertree wood is moderately hard often compared to soft maple. It is straw coloured, occasionally tan, sometimes with brown streaks. There is no colour difference between the sapwood and the heartwood. It has a medium coarse texture and is usually straight grained. There is little defect or figure in this wood. It can warp during drying, but once dry it is considered stable. Despite being treated, it is still considered unsuitable for exterior purposes.

The wood machines well, although the surface may feel rough due to the large pore size. Sanding is recommended to achieve a smooth surface for finishing. Latex can clog saw blades and cutters. It holds nails and screws well. Rubberwood is a great candidate for carving and turning since it holds fine detail. It can be painted, although it must be heavily primed or filled to cover the large pores. It is a wood that takes to staining.  In fact, it can be stained to mimic many other species of wood.

Most of the harvested Rubberwood originates in Asia and ends up in its major supply chains. Logs and lumber make their way into China, which uses this plentiful resource in the manufacturing of the multitude of wooden products we see in North America. The wood is now being imported into the United States and Canada for manufacturing here. It is seen as an environmentally friendly product since it is a byproduct of agriculture as well as being plantation grown.

Rubbertree is rarely seen in the inventories of most lumber retailers. I expect this to change in the near future. Many imported species are becoming difficult to obtain either due to regulation or because of population decline. Rubbertree could fill that void by offering an enviro-friendly alternative. If you are interested in working with it, I suggest you contact your local dealer and ask if they can source it. With enough woodworkers onboard, we may be able to create a market for it. Rubbertree may not be the perfect answer for the problems facing tropical forests, but it certainly deserves consideration by all craftspeople who want to help preserve the rainforests.