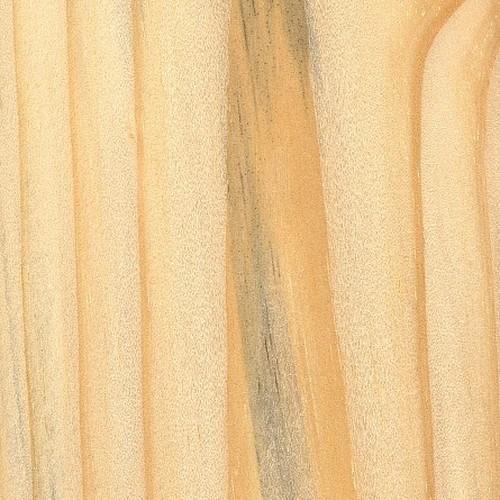 Southern Yellow Pine (often referred to as SYP) is a designated group of four species growing in the Southern United States. The four species are: Shortleaf Pine (Pinus echinata), Slash Pine (Pinus ellioti), Longleaf Pine (Pinus palustris), and Loblolly Pine (Pinus taeda). All share similar characteristics such as high density and an abrupt earlywood to latewood transition which gives them a distinct grain pattern. Microscopically they are difficult to differentiate; hence, they are grouped together.

Southern Yellow Pine is endemic to the southeast United States from Massachusetts south to Florida, and from Texas east to the Atlantic Ocean. They reach average heights of 115 feet with average diameters approaching 3 feet. Trees with heights of 160 feet and diameters of 5 feet have been reported. The tree is known for producing lumber with tight sound knots along with considerable amounts of clear wood.

Historically, Longleaf Pine was the desired species to be cut into lumber. Slow growing, it produced wood with very tight grow rings. It also grew large enough to create a heart with a distinct reddish brown hue. Longleaf Pine was utilised in all manner of structural applications. The tight growth rings yielded a very strong and dense wood that makes a very beautiful floor. Unfortunately, stocks all but ran out around the 1900’s and the Longleaf Pine is now considered a vulnerable species and is not commonly available. This beautiful wood can only be purchased today as reclaimed material from buildings or from salvaged logs from river bottoms.

Loblolly Pine is now the industry favourite. Fast growing, it is almost all sap wood. It’s also amenable for growing in tree plantations. Loblolly Pine is the second most common tree species in the United States after the Red Maple and it is the preferred species for pressure treated lumber.

All of the Southern Yellow Pines are hard, dense woods. Resin content is high, giving them a distinct odour. The grain is generally straight with a fine to medium texture. There is a distinct difference between the early and later wood pores giving this species a unique appearance somewhat similar to Douglas Fir.

Southern Yellow Pine works well with hand and power tools. Tooling should be kept sharp since the denser part of the growth rings can tear. Similarly, excessive sanding can ‘scoop out’ the softer material of the growth rings leaving a scalloped surface. The wood can be difficult to nail, but it will hold all fasteners well. If it is dried correctly it is stable and the resin will be ‘set’, minimising bleeding. It takes all finishes well.

Given its density and high strength, Southern Yellow Pine is the ultimate wood for general construction. It is utilised in house construction, timber framing, bridges, and the like. It’s also an excellent choice for flooring. For furniture, this species is underutilized. Most often it’s used as a secondary wood. But, its distinctive appearance is an invitation for all woodworkers to begin using it in finer applications.