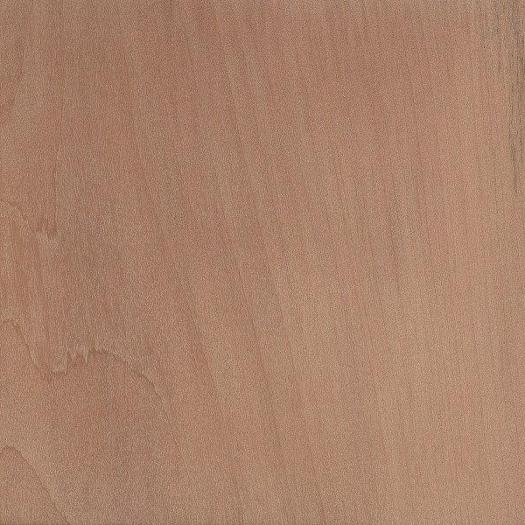 Stunning, seductive and subtle: these are some of the words that have been used to describe Swiss Pear a premier European hardwood. Woodworkers on this side of the pond have probably heard of it via the writings of the esteemed craftsman James Krenov. The appearance and workability of this wood serve as a perfect fit for Krenov’s aesthetic and his approach to cabinet making.

Swiss Pear is a commercial designation and is usually composed of two species. Pyrus communis is a domesticated species cultivated for fruit production and Pyrus sorbus is its forest dwelling cousin. Both are common to central and eastern Europe as well as western Asia  Forest dwelling Swiss Pear tends to be taller with a longer and straighter trunk, often reaching 40 to 60 feet in height. The orchard variety of Swiss Pear is shorter with a smaller trunk size since it is usually cropped to maximize fruit production. Lumber from either tree is rarely over 10 feet long with widths of 6″ to 12″. The wood is difficult to dry with orchard trees particularly prone to warping and degrade.

The wood is best described as fleshly pink in colour often changing to pinky-brown as it ages. The sapwood is a usually a paler shade of pink and is not distinct from the heart. There are often subtle colour shifts with orange and purple tones arising from the fleshy pink background.  Sometimes there are darker almost black cloud-like shapes appearing. The wood will reward those who are patient, as subsequent passes with the handplane will reveal new shades of colour.

The wood is hard, with uniformly fine straight grain. Figured grain is rare, and when it does appear, it is a mottled figure or a ropey curl. This wood responds well to hand tool use.  Handplanes leave a surface ready for finish with little scraping or sanding required. It is a joy to work by hand.  Tools must be sharp, and be prepared to be rewarded with little or no tearout. Nails and screws should be predrilled. It glues well, but clamp pressure should be monitored to prevent starved glue joints.

Swiss Pear finishes extremely well.  High gloss piano-like finishes are possible. It stains well due to its uniform density and pore sizes. Oil finishes will bring out the subtle colour variations. Dyed black, it is used as a substitute for ebony, especially as a dyed black veneer.

Swiss Pear has been used as a furniture wood for over 250 years. In Europe, it is still considered a premier cabinet and furniture making material. It is also used for interior millwork and is a popular choice for architectural installations.  It carves and turns well and is noted for its ability to hold intricate detail. Luthiers use it for fingerboards, violin backs and other stringed instrument components. Its turning characteristics make it a popular choice for flutes and piccolos. It is sliced into veneer and is used in marquetry and inlay work.

Woodworkers should be able to find Swiss Pear at most reputable wood dealers. Expect to pay a premium price for this wood given its pedigree. Swiss Pear is usually sold as flitch cut planks so expect a high waste factor. European wood is usually kiln dried to 12% moisture content so further seasoning before milling is a wise approach. Initial breakdown should be done on the bandsaw as this wood can twist as it comes off the saw. I would also let the wood rest before further milling to final dimensions.

Swiss Pear is not an endangered species, so supplies should be consistent in the future. This is a wood that rewards the effort of using hand tools. It is best to use machines to break down and mill the components. Then use your handplanes to refine the final surfaces.  This is a wood that rewards the patient woodworker, and you will not be disappointed. The beauty of this wood is revealed one shaving at a time. This is why Krenov appreciated Swiss Pear, and so should you.