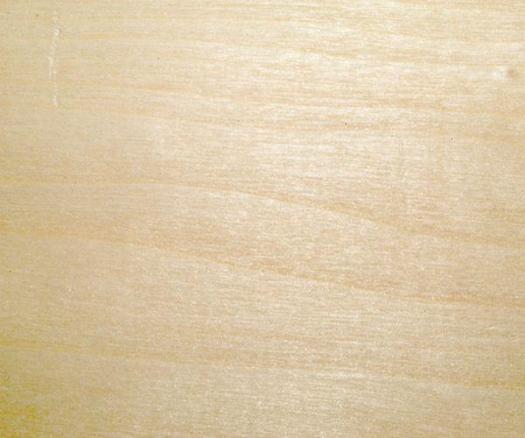 Quaking (aka Trembling) Aspen is the most widely distributed tree in North America, and is known for the distinctive rustling sound its leaves make in the breeze. It is also the preferred wood for that most Canadian of animals – the beaver. These industrious creatures use it as a food source and as the main structural wood in their dams and houses.

Aspen is a fast growing tree, propagating quickly in areas cleared by fires or for agriculture. It grows in a wide belt from Newfoundland and Labrador, west to the Yukon, and northward until it reaches permafrost. It has also been found as far south as Mexico. Typical trees are 66 to 82 feet tall with diameters approaching 2-1/2 feet. The largest specimen ever found was 120 feet tall with a 4-1/2-foot diameter

Aspen reproduces by root propagation. This creates clones of the original tree, which can produce pure stands covering a large area. The clones are considered as one individual so these colonies are some of the largest and oldest living organisms on the planet. The trees do produce seeds, but they are only viable for a short period of time.

Woodworkers will encounter aspen as plainsawn lumber, rotary sliced veneer, or as building materials such as orientated strand board (OSB) and laminated veneer lumber (LVL). The lumber is usually kiln dried, which reduces its tendency to stain and will help produce a stiffer and more colour-consistent product. It is also a prime source of pulp for paper. Because of its many uses, it is one of the most commonly logged trees in Canada.

Aspen’s reputation is built on its white sapwood that dominates the tree. The heart is a creamy white to a light brown and is considerably smaller than the outer sapwood layer. There is no sharp demarcation between the sapwood and the heartwood. It is a straight-grained wood with a fine even texture. It is also described as diffusely pored, which means there is no difference in pore size between the early and the late wood.

This tree is soft for a hardwood, although it is surprisingly stiff. Its softness and fine uniform texture allows it to be easily worked with hand tools. When machined, the wood can ‘fuzz’. Sharp tooling can help eliminate this tendency, but sanding may be required to remove it. It has no resins so it paints extremely well. It can blotch when stained, so a sealer or conditioner must be used. Aspen is resistant to splitting, so it readily accepts nails and screws as fasteners. However, pre-drilling is a good practice beforehand. There are no problems with using most common glues.

Outside of the construction world, Aspen has been used in light duty furniture, millwork, matchsticks, toothpicks, boxes and rotary sliced for plywood cores. Occasionally, mottled and curly figured trees will be sliced into decorative veneers. It carves well, so it is a good substitute for basswood for most carving projects.

Aspen’s natural white colour and easy working characteristics make it suitable for use by crafts people creating intarsia projects. Intarsia is a wooden art form in which pictures and images are created using pieces of wood that are cut and assembled like a puzzle. The intarsia artist will use woods of different colours, grain and figure in their works.

Aspen is often sold in Canada as ‘white wood’ or ‘poplar’. I prefer the term ‘white wood’ as poplar is usually reserved for American Poplar (Liriodendron tulipfera), which is a distinct species and has a characteristic appearance of its own. Due to its versatile characteristics, industrial products made from Trembling Aspen surround us. It is a sustainable and inexpensive wood that crafts people should consider for carving, intarsia, and as a secondary wood in furniture projects.

And, if you find yourself outside of the shop this summer, don’t forget to listen for the rustling of the Quaking Aspen when hiking or camping.